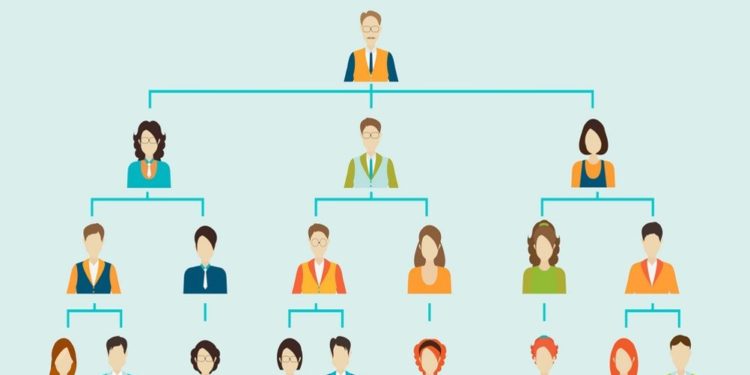 By LexagentPosted on September 24, 2018February 7, 2022Posted in Expat Voice, Industry NewsNo Comments on The Hierarchical Differences in India Are Immense

“People familiar with the (complex) Dutch language probably know this: not everyone in our language is a ‘you’. “

For instance talking with a more senior and/or ‘respected’ person we would use something similar to the French, Spanish and the German people do. A couple of years ago I was invited to present something to our board of directors when someone in my team asked me: ‘how do you speak with the CEO’? Is it in a very familiar manner or do you opt for a more formal way?

I had had the opportunity to meet his predecessor a decade ago. He was a very senior executive and I then decided to go with the more formal ‘U’, similar to the French ‘Vous’ or the German ‘Sie’, and ‘Sir’, This time, however, I’d chosen to go for the more familiar approach. I entered the room and it almost felt like a familiar setting. It went very well and I was even invited to come back a couple of times to present some other stuff. I feel proud to work for a company that allows me to act in this manner.

Furthermore: I’m even more proud to be a Dutch national; the Netherlands have been one of the most progressive countries in the world. The very accurate reader will notice some reservations, using the phrase ‘having been’. And it’s true. We have some dominant groups in our country that actually want to reverse the time in our country, to move back to the principles and beliefs of the ’60s or ’70s, with law and order + respect as strong guidelines.

There is nothing wrong with a bit of law and order but don’t think it’s going to happen. However, things are tough in our country, with a lot of grief and disbelief about refugees, social security etc. Luckily, the economy is booming now!

Let me draw up a very recognizable situation. When I invite guests to come over to the office in the Netherlands, I usually get a friendly call from security to inform me that my guests have arrived. After taking the lift to the main entrance it is very not uncommon to do some small talk with the security folks. Some of them even know my name and I know theirs, it’s always very friendly and familiar.

However not in India. There is a huge hierarchical difference between the office professionals and the people behind the security desk. Generally, they greet me as ‘sir’ and more often they almost feel guilty to look at me at all.

Next example. My driver always calls me ‘Sir’ and I’m fine with it. Although his designation is actually ‘The Director of Logistics’, a title that I have made up for him, we both are aware of the differences with it and we’re also fine with it. He made this even more clear to me when he came to visit me with his kids. They’re always a bit shy, but I love them. He has a small boy and a little girl. When I approached the kids, I tried something new to make them feel more comfortable; I asked them to repeat my name. Any idea what happened? It made them even shyer and my driver taught me something very interesting: kids are being taught to look up to certain people. No matter what happens, there are a lot of situations where kids always will say ‘Sir’ or ‘Ma’am’

As long as there is respect for each other, I’m completely ok with the differences. It’s very painful to say but in a lot of cases that is not what happens in daily life. Doctors, directors or other people who claim to have a ‘higher’ designation tend to be a bit more arrogant in some cases.

Very recently I observed something in my local supermarket that was very odd and I almost wanted to say something to address this issue. The Indian government has implemented a new policy to avoid plastic waste. The most visible – and confronting policy – is the ban of free plastic bags. It is not allowed anymore for shop-owners to pack groceries or other items in plastic bags, unless people pay for this. I could see a visible difference between the people with the groceries and the actual people behind the counter. The two older ladies in the local supermarket were definitely from a higher caste and/or they held a high position in society. Aware of the new policy, they started to complain as to why they did not offer them free paper bags. The lady who was being interrogated behind the counter tried her best to answer with solid phrases, but the ladies didn’t feel any remorse and even asked for the manager. The manager, a more experienced lady, came to the counter to explain the policy and defend their approach for not offering free paper bags. Eventually they left, with their groceries packed in two free plastic bags.

The supermarket experience is not so unique. I’ve experienced many unusual events where one could feel the hierarchical differences, with very awkward situations as a result. I’ve seen angry old men in airplanes shouting at flight attendants, posh families in upscale restaurants complaining about the lack of speed in which the staff serves their drinks or general encounters where people argue about various things. My ‘problem’ is not the part where people argue about things that are not compliant or services that do not fulfill the standards that one would expect. One should not have to wait very long for drinks in an upscale place. I find things troubling when the hierarchical differences will take a toll and people within the work roles (driver, waiter, security guard) are treated as second-class citizens.

The Hierarchical Differences in India Are Immense