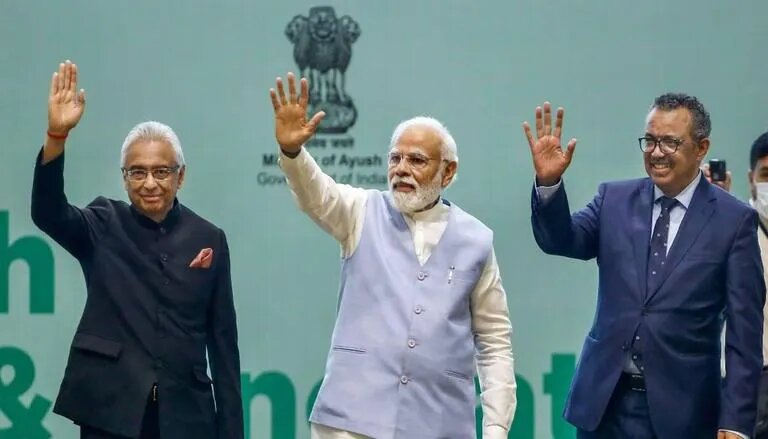 The announcement was made at the inaugural session of the “Global Ayush Investment and Innovation Summit 2022” at Mahatma Mandir in Gandhinagar on 20th April 2022  in the presence of WHO DG Dr. Tedros Adhanom Ghebreyesus, Prime Minister Pravind Kumar Jugnauth of Mauritius, Union AYUSH Minister Sarbananda Sonowal and Gujarat Chief Minister Bhupendra Patel.

Mr. Narendra Modi has also announced that an AYUSH hallmark will ensure high-quality AYUSH products in India, thus paving a good way for innovation and increased investment in AYUSH products.

India through the launch of the AYUSH Visa is set to witness a boost in “Medical Tourism” providing easier access to traditional therapies like Ayurveda, Naturopathy, Yoga and Unani treatments for foreign nationals. People across the world are increasingly recognizing Ayurveda/Unani and its immense benefits. This is leading to an increase in immigration to India. The AYUSH Visa plan introduced has many looking forward to visiting and staying in India for Ayurveda treatments.

The Potential of AYUSH and its Contribution Worldwide

The COVID-19 pandemic has given us limitless reasons why everyone should go for alternative therapies. Ayurveda is a boon given to us since the old days and has huge potential for treating many ailments. The power of Ayurveda is yet to be harnessed well and its advantages are known worldwide.

Stepping forward to this, The Government of India is coming up with a plethora of plans like setting up AYUSH parks to encourage the promotion and building up research and manufacturing facilities for Ayurveda products. The government will also be working on an e-marketplace to connect farmers growing medicinal plants and companies on a common platform.

The world is highly recognizing Ayurveda and its infinite health benefits. The AYUSH Visa launch will largely help foreign nationals and Expats relocating from around the world to stay in India and experience traditional treatments.