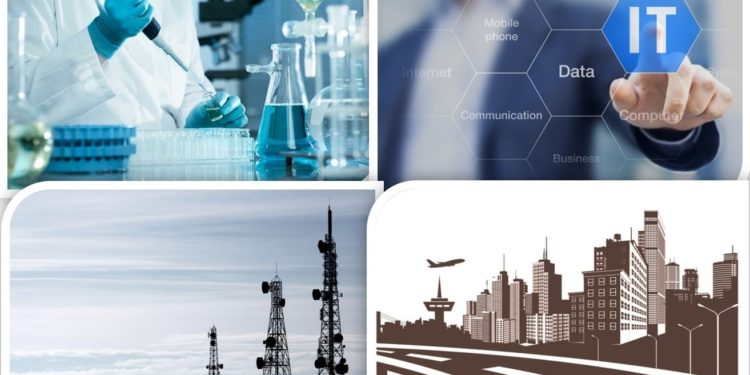 By LexagentPosted on July 27, 2018February 7, 2022Posted in Industry Expert, Industry News, Lexagent News1 Comment on The 5 Sectors in India With the Greatest Opportunities for Expats

The booming Indian economy has paved the way for expat hiring across many sectors in the country. It used to be that the maximum expat hiring was in the multinational manufacturing companies -the auto, ancillary, and white goods manufacturing sector. That does persist, but with the economy opening up, several other sectors are lining up to hire expat talent.

There are a plethora of surveys conducted by various headhunting firms and recruitment agencies that show this upward jump in expat hiring in India in the last few years. India had been listed amongst the Top 10 Countries for Expats in an HSBC Expat survey.

The growing demand for international talent is also down to the Government Support. The implementation of initiatives like ‘Startup India’ and ‘Make in India’ has created a demand for higher skills and expertise. Expats who have “been there and done that” are hired to fill the expertise gap in the market. Let’s look at some sectors where there is a growth in expat hiring -perhaps you may not have expected some of the sectors named here to be on the list so read on!

According to the Founder CEO of Head Hunters Ind. Pvt. Ltd., India is fast becoming a hub for development in the pharma sector. Multinational brands like Novartis and Pfizer look at India as a cost-effective destination to outsource several of their functions. The expat hiring in the healthcare industry is largely happening in the area of biotechnology, research, and pharmaceutical development. The expats are being hired to leverage their expertise in the field to help their multinational giants, as well as Indian companies leapfrog the world in the areas of drug development and R & D.

Ever since the introduction of affordable smartphones, the telecom industry in India has seen incredible growth rates with an exploding subscriber base and volumes. India has among the cheapest calling and data rates in the world and with the hyper-competitive industry scenario that is playing out, the telecom companies are looking for newer ways to acquire customers, serve them, and earn profits. The expats are being hired in this sector to help the companies build innovative apps and other strategies to provide customers engaging experiences that drive loyalty. These companies want to provide innovative services to their customers to increase usage and hence organizational profits. Expats with a track record of having succeeded in countries with developed telecom markets are making a mark in this space.

Infrastructure is a key focus area for government spending. The central, as well as several state governments have ambitious plans and the budgets to match. India aims to convert at least 20 Tier II cities into Smart Cities by 2020 for which the work in going on in full swing. The construction of state of the art flyovers and Metros across cities has opened the floodgate of opportunities for expat hiring in this industry. The Nagpur Metro Rail is one such example which has employed expertise from Japan and China for Metro train carriages and for constructing the metro rail route in the city. The upcoming Mumbai Metro project is another that is expected to see a large number of expats contributing to the realization of India’s Infrastructure vision.

The coming of Flipkart in 2007 made the Indian consumers open up to the idea of online shopping and the Indian e-commerce industry has never been the same since. The entry of Amazon in India in 2012 gave rise to cut-throat competition in the e-commerce market in the country. This is a sector that thrives on innovation, excellence in execution, seamless business processes, and growing automation. The Indian, as well as foreign e-commerce companies, require a tremendous amount of technical expertise to deal with these challenges and they are not shy of casting their hiring net into international waters to acquire that expertise. The expat hiring across this sector is happening at the senior as well as the mid-levels.

The mantra of “cost-effective labour” had played a large role in making India the IT and back-office hub of the world. The IT sector has now transitioned from being home to the backend operations of these big companies to providing more core, complex, and value-added services. The Indian IT sector is developing an appreciable presence in niche sectors like healthcare technology, fintech, security, and logistics. Technologies are changing by the day and many of these changes are being driven by companies in the vanguard of India’s IT revolution. The expertise of expats is also playing a significant role in driving this transformation.

Apart from these sectors in India, industries like winemaking, gaming, hospitality, and computer animation are also increasingly hiring expats to bring in global standards of work and expertise in their organizations.

The fact is, the Indian economy is becoming more integrated into the global economy by the day. Indian companies are also becoming serious global players and, increasingly, have the financial muscle to hire expats to address key roles and responsibilities.

It seems reasonable to assume that lists like this one, of sectors that are hiring expats, will find more and more industries joining up. It’s now about the talent these organizations need -not about where that talent comes from.